More Women Cutting Through the Retail Meat Industry in Australia 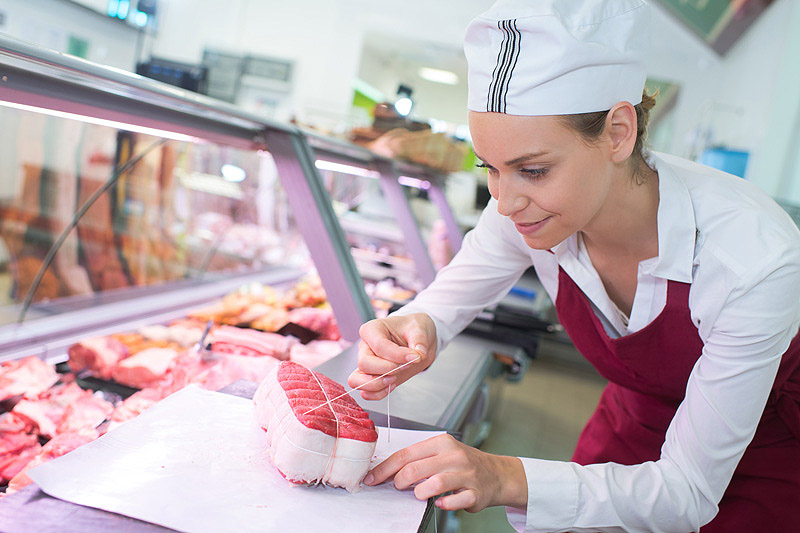 Historically, butchery is a profession occupied by men.

However, the tides are slowly turning with women starting to break into the field and change the game. One reason for the male dominance in the Industry was because meat and everything associated with it was not seen as “ladylike” – all the blood, sharp knives and heavy lifting. For a long time, the meat industry assumed that women wouldn’t want to or were not capable of doing the heavy work associated with meat cutting. Butchery however, is an art built not only on a specific skill set but on a foundation of creativity and commitment to quality. These skills and knowledge can be taught to more than just men, and with enough practice, determination and technique, anyone, regardless of gender is capable of making this their career.

There are women in several countries around the world breaking stereotypes and becoming pioneers in the field, with several female owned butcheries being owned and operated.

In Australia, women’s stories are being shared to encourage other young women to enter the industry. In New South Wales, a recent report indicated that the percentage of butchers that are female is 5.3%, which is a definite increase from numbers in previous years.

In this ABC story Sarah Wadland, a fourth generation butcher, shares her story of how she became the first female in her family, proving that she can cut it in the meat industry. She began working as a cashier and shop hand at her grandfather’s shop where she discovered her passion for the trade here. Sarah decided her future career path was to follow in her brothers and father’s footsteps.

Sarah faced initial criticism from her family, with her father denying her initial request for an apprenticeship. Sarah refused to quit, taking on an apprenticeship at another butchery to learn the tricks of the trade.

Sarah encountered the hardships of the long hours and physical demands of the roll very quickly, but still was not deterred. She found her greatest challenge was the sexism that came with taking on this profession. Sarah says “her best defence was her strong work ethic and passion for the field.”

The meat industry’s perceptions on women in the field is also changing to reflect modern values. The Atron Australian Meat Industry Woman in Processing Leadership is an award given out yearly. The award was introduced in recognition of the fact that the meat processing and export sector has traditionally been male dominated, but they seek to use this award to encourage more women into the industry.

The Australian Meat Industry Council has also shown a commitment to supporting change in the industry signing an international partnership with UK based professional networking group, Meat Business Women, to support and advance the network in Australia.

The partnership will involve MBW and AMIC working together to develop the image of the meat industry, support women working in all roles, pre and post farmgate, and encourage new female entrants into the sector.

At the recent AMIC 2019 NSW Industry Awards Night – The apprentice of the year was awarded to a female who works in a butcher shop at Bronte.

Finally, at the shop front, some shop owners are even now claiming that having female butchers work for them can boost their sales and create interest. A prominent butcher shop owner has owned a business for 30 years and owns 18 shops, and took to hiring more women to work for him. He has highlighted that a huge portion of his consumers are women, and they prefer buying from other women and supporting each other, which has led to a 20% increase in his sales.

As there is a national shortage of butchers working in the meat industry, many shop owners are realising it is important to embrace change.